Why Drone Film Production is Booming

The World Health Organization declared the coronavirus a pandemic after the virus spread to more than 100 countries on six continents. No illness in this generation has ever had such a catastrophic effect on the routine of our daily lives.

What’s more, in the spring of 2020, Harvard researchers released a report that social distancing may be set to continue until 2022 in some countries. The UAE took the pandemic very seriously, with social distancing set at two metres – double the standard recommended by the WHO. And with a mortality rate that’s many times lower than the UK and Spain, it’s clear that such preventative measures worked.

But what does social distancing, and the pandemic in general, mean for businesses? Well, many businesses have had to adopt new procedures and strategies to continue operating during COVID-19. Almost every sector has been hit. This includes film production.

Why Film Production Has Been Affected By COVID-19

You don’t have to be a scientific genius to see that film production is one sector that will struggle during the outbreak of a pandemic. Different people get together and work in close proximity to create sales marketing or a piece of art that captures the interest of the public.

One film or TV set will have actors, a director, an assistant director, production manager, camera person, art director, gaffer, screenwriter… the list goes on – and the bigger the production, the more people they’ll likely be on set.

With such a wide pool of people, is it any surprise that film and TV productions have been halted or shelved indefinitely? After all, you’re not going to find the most experienced, learned, or talented people living in the same house, are you?

But what about marketing videos? Well, as with film production, marketing videos tend to require the expertise of a wealth of different people. Sure, drone filming companies in Dubai can capture sublime video, but then you need story boarders, studio access, editors, maybe animators… again, the list goes on.
But wait. Hang on a second. Using drones to capture film doesn’t require a crew, chartering a small aircraft or helicopter or an astronomical financial outlay. It requires a drone operator and video editors who can work remotely. Does that mean that I can use a drone filming company in UAE to film essential video – yes. Provided they are offering their service in lockdown!

How Drones Are Being Used in Quarantine

You could argue that there’s never been a better time for drones to emerge from the clouds and make all our lives easier. Need a delivery? Many companies are working with skeleton staff. Cue the ability for drones to deliver packages to people across the UAE – or the world.

According to reports in the New York Times, New Yorkers have been introduced to the ‘Anti-COVID Volunteer Drone Task Force.’ Their purpose? To scan the streets below and encourage people to maintain their social distance whilst promoting positive messages of ‘please help stop the spread of this virus’ and ‘reduce the death toll and help save lives.’

Then there’s Rwanda where drones are being used to deliver medical supplies to hospitals. At a time when any shortage of medical supplies could be catastrophic, drones have come to the rescue of people suffering myriad of illnesses.

But what about film production? Well, the world may just be steadily picking up momentum after being ground to a halt for the last three months, but drone filming has remained a fixture even during COVID-19. Why? Well, let’s look at why drone film production is booming. 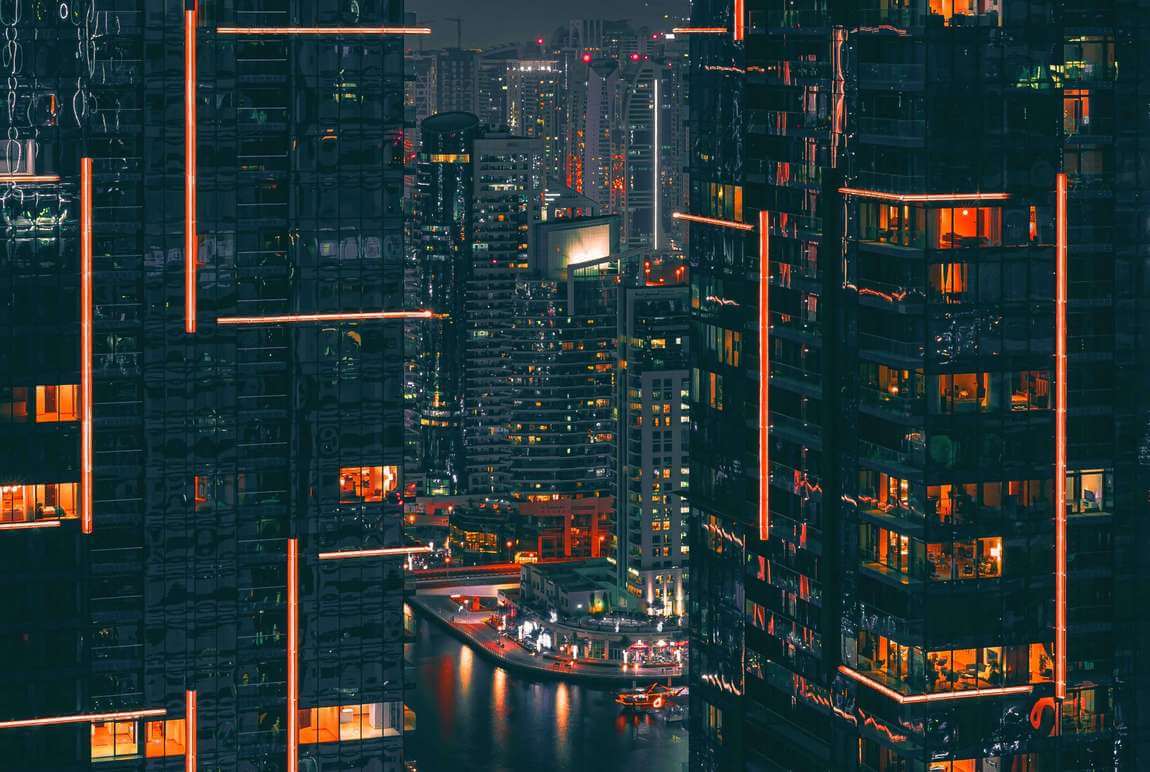 Arguably, the key to understanding the benefit of drone filming during a pandemic can be encapsulated by a single word: remote. Anyone can film picturesque land or cityscapes in HD 4K with their drone – at up to 10 miles away, far from the epicentre of the outbreak and, more importantly, without a camera crew.

The best drones are, it would seem, custom-built for film production during a pandemic. All operators need to do is to set a flight path to get to and survey a location and fly their drone there. Droning in Dubai in 2021 is as popular as ever and the trend is probably only going to continue upwards.

There’s no need for hiring an expensive helicopter or small aircraft and camera crew just to capture the exquisite sand dunes of Dubai’s deserts or marvel at the neon marvel of cityscapes. Just commission one of the drone filming companies in Dubai, like Sky Vision, and you can be assured of awe-inspiring results.

Then there’s cost. With the global economy falling by 20% during the pandemic, many businesses would be forgiven for tightening their belts. But what if you need videos that don’t just pique attention but demand it? Are you going to hire a helicopter for the film production? Unlikely. Highly unlikely.

Hiring a small aircraft is expensive. Awfully expensive, even in times of economic boom or when a business has notable retained profit and therefore a healthy budget to film a corporate video. Hiring a drone filming company in UAE will save you money – and help you to create stellar marketing material.

The same goes for film and TV production. Those inspiring overhead shots of a landscape; one’s where viewer can immerse themselves in the story can be achieved with a drone. In fact, you may be surprised to learn that of all the Hollywood movies you watch with such shots, most, if not all, are achieved with drones and all films and TV shows have a budget, right?

Lastly, one of most impactful and therefore sought-after ways of filming is the 360-degree panoramic shot, especially in movies, TV, and adverts. Why? It’s how you show the audience scope.

In times passed getting this type of shot was difficult for drones and required cameras with expensive rotating rigs. Not any longer. Most good drones today are equipped with a gimbal that allows users to take 360-degree, panoramic shots, and videos with ease. This vastly improves production value of any movie, TV show or even video advertisement, adding much needed perspective and context. Best of all, these shots can be captured by anyone with a good working knowledge of drone videography, adding something that cannot be underestimated to all videos – value.

In the end, who knows how long restrictions will last? It could be another month or two, or it could be 18 months – 2 years as the WHO has said. What we do know is that humans are adaptable. We can create technology to solve problems. Drone videography is an example of this… as are all the other ways that drones have been used during quarantine to help people.

Let’s kickstart the global economy and not let the virus hold back our ambitions. Regardless of the nature of why you may need to hire a drone filming company in Dubai, don’t delay! Let’s resume film and TV production. Let’s create inspiring commercial videos. Let’s get back to normal.