You only need to view a noted social media influencer’s Instagram account, delve into the considered commercial marketing campaigns designed by businesses that want to make a true impact on their clients or watch television or a film and you’ll spot the influence that drone photography and videography has on the content that we absorb every single day.

Drone photography and videography is soaring to heights that we’ve never seen before. Yet, despite the prevalence of attention-grabbing images and immersive videos, many people still associate drone photography with the select number of hobbyists devoted to taking flight.

In 2019, this assumption can no longer be taken as gospel. Sky Vision drone photography in Dubai has consistently championed the sublime benefits of drone photography and videography for a multitude of sectors across the UAE and beyond – whilst being at the cutting-edge of all modern drone innovation.

Photogrammetry is one such innovation. For anyone that’s unaware of why photogrammetry is, here’s a look at the science and why it’s intrinsic to the sustained value of drone video and photography.

In simple terms, photogrammetry is the process of using images to take measurements. However, there’s much more to it than that. Depending on the intended applicational objective, photogrammetry can offer a meticulously detailed insight into specific images.

Believe it or not, computational photogrammetry has been around since the 1980’s though it’s only been in the last few decades that the technological capabilities have truly been accessed. The result? Access to digital data that drives sector-specific innovation. We can now record and monitor our environments in greater detail than what was possible before.

How does this manifest? Well, vast and meticulously captured 2D photographs can be fed through software to create 3D digital models, topographic renderings or simulations of weather patterns. So advanced is the technology that most photogrammetry operations can be completed automatically.

The Common Applications of Aerial Photogrammetry

Across the UAE – and throughout the world, construction is a phased process. This level of organisation is paramount to making sure that every new building is erected within a clear set of designated parameters safety and with optimal attention to detail.

Drone mapping allows contractors to analyse the progress of the build, stockpile raw materials and even generate 3d models of sites. Construction companies that have employed drone shooting services in Dubai, such as those offered by Sky Vision have reported greater efficiency and enhanced ROI’s.

A necessary aspect of mapping the boundaries, undulations and nature of a parcel of land, topographical land surveying is essential to gain an in-depth understanding of the environment to ensure safe and successful development.

Drones have risen to become essential technology within the development process. The agility and affordability of using drones to complete thorough land surveying is vital to ensuring successful development of a pocket of land.

One sector that has benefited greatly from the advent of drone technology, yet one that you might not immediately think would, is agriculture. Indeed, the impact drones have had on agriculture cannot be overstated. From monitoring crops and the effects of rotation to irrigation monitoring and soil analysis, the positive impact drone shooting services in Dubai – and across the world – have had on agriculture is astounding.

Farmers can gather data on large parcels of land is a quick and cost-effective manner. The comprehensive management of crops throughout the entire lifecycle can be achieved with ease, just as accurate boundary measurements can be taken. 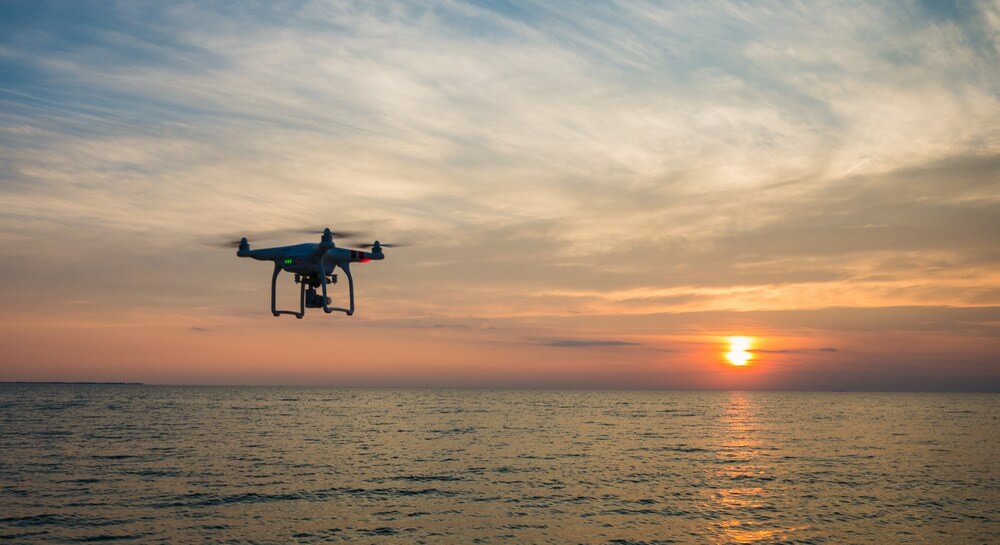 When diving into photogrammetry software there’s a phrase that you’re likely to come across: intuitive software solutions. This basically means that pilots can enjoy automated features that enhance flight potential and allow Sky Vision drone photography in Dubai to capture polished and immersive HD video images.

Considered by many drone professionals to be the premiere 3D mapping software, Pix4D sets the standard. Though it is quite expensive, professional drone companies understand that the expense is worth the investment.

Pix4D’s features include the ability to compare a wealth of measurements simultaneously, merge editing capabilities for clearer 3D models, and utilise a 360-degree camera for comprehensive mapping of indoor environment and tight spaces.

Not only this, Pix4D has developed industry-specific flight modes that are tailored to specific industries, allowing pilots to tailor the software to their unique requirements. Modes include:

Pix4Dfields – used in agriculture for crop analysis and data collection

Available to buy on the App Store or GooglePlay, Drone Deploy is an excellent tool used by a wealth of professional drone shooting services in Dubai. Compatible with almost every single drone and in 120 countries worldwide, the technology is used not only in the UAE but across the world.

To operate Drone Deploy all you need to do is to connect your drone to your phone or tablet and launch the app. It’s that simple. Perfect for gathering data in the construction and agriculture industries, Drone Deploy enables pilots to automatically take flight, capture images or take videos.

Once you have mapped an area, all you need to do is to upload your SD card to Drone Deploy’s website and watch as your 2D or 3D map is brought to life.

A simple yet powerful cloud software designed specifically for drone mapping, surveys and inspections Propeller PPK is perfect for the construction and materials industries. As software that Sky Vision drone photography in Dubai has a sound understanding of, Propeller PPK has partnered with DJI to create the world’s first smart Ground Control Point System for collecting highly accurate site data.

Viewing the entire site with a large 3D model has never been easier. Propeller PPK also gives users the chance to create a virtual walk through, and it can be integrated seamlessly with Gmail which means that sharing captured content is simple, straightforward and completed with just a few clicks.

There’s no doubt that photogrammetry is a blossoming technology, allowing commercial drone operators the chance to capture that which would hardly have been possible – or extremely expensive – just a decade or two previously. The only questions left are what other sectors will see its clear benefits and how long before it’s ubiquitous?