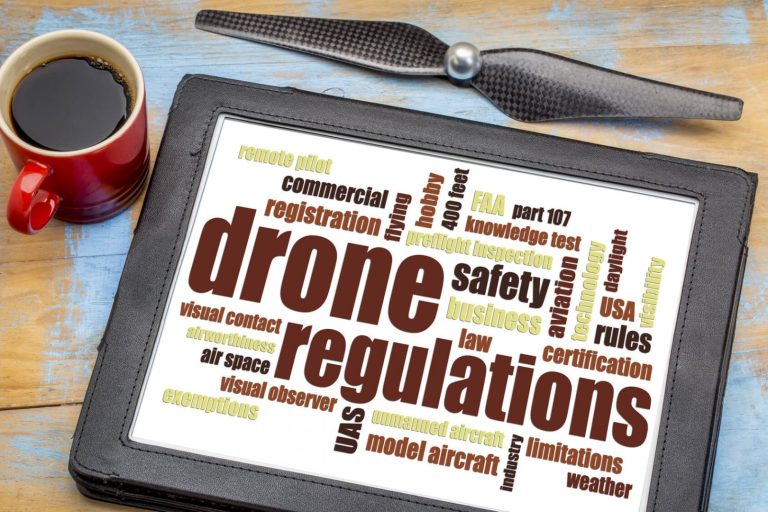 Some breaking news in the world of drones in Dubai: Authorities plan to crackdown on the sale of drones to unregistered buyers.

Michael Rudolph, head of airspace safety at the Dubai Civil Aviation Authority (DCAA), spoke clearly, stating that officials will go ‘store-to-store’ clamping down on retailers who sell drones to those who do not hold legal registration.

The Current Legalities of Drone Ownership

Just last week, in Quebec City, Canada, a commercial airplane collided with a drone in a story that was heavily covered by local media outlets. Between 2015 and 2016, both Dubai and Sharjah airport were forced to close due to unauthorised drone activity, with one incursion affecting 22 separate flights.

The DCAA in Dubai is strict about identifying, registering and tracking drones in Dubai. Mr. Rudolph said that soon unregulated drone sales which result in untracked flights will soon be a thing of the past – minimising security and safety threats.

Current legislation dictates that all drones must be fitted with a Sky Commander tracking device which records the height, speed and area of all flights. All recorded data us then transmitted to the Dubai Civil Aviation Authority. This includes data such as altitude. Under Dubai law drones are not permitted to fly above 400 feet (or approximately 120 metres), with breaches resulting in penalties.

Perhaps most noteworthy, in the UAE, consumers are not permitted to buy drones for sport or drone photography in Dubai until they have successfully completed a training course by approved bodies and registered with the DCAA. If purchased online, pilots must obtain a customs release letter and security clearance. Not only that, retailers must also be approved by the DCAA.

Dubai intends to eliminate the unregistered or so-called ‘grey’ market. This will mean that untracked, and potentially dangerous drone flights made unqualified pilots of little or zero experience will not pose a risk to Dubai airspace.

Mr. Rudolph also highlighted the growing concern of the informal market, where drones are imported and shipped to Dubai in containers labelled ‘toys’ and transported to retailers who are not permitted to sell drones legally in Dubai.

Only very small remote-controlled drones are categorised as toys. The concern amongst Dubai officials is that UAVs with advanced flight capabilities are being sold to unregistered hobbyists and even commercial operators.

In a proposed shake-up of drone imports, Dubai customs officials are to be instructed on how to recognise a container that, despite being marked as toys, may well contain a UAV.

Mr. Rudolph admitted that stamping out the ‘grey market’ will take the joint co-operation of multiple agencies, including the Dubai Police, customs officials and DCAA. Once the unauthorised import of drones in Dubai has been removed, then it’s on to the retailers to ensure that the sale of drones is completed legally – or risk their businesses being grounded.

Sky Vision is a fully licenced commercial drone operator. This means that we’re permitted to fly drones in Dubai airspace capturing panoramic, HD videos that will give your business that marketing edge. In addition to our DJI Spark, we have the Mavic Pro Platinum drone which is recognised as the most advanced portable drone available.